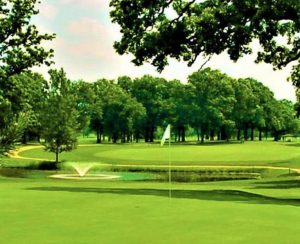 History:
On July 2, 1925, the West Chicago Press ran a front page story, A New Course to be Laid Out North of Here. This was announcing the birth of St. Andrews Golf Club. Built on 244 acres of farm land, this new 18 hole private course (designed by

History:
On July 2, 1925, the West Chicago Press ran a front page story, A New Course to be Laid Out North of Here. This was announcing the birth of St. Andrews Golf Club. Built on 244 acres of farm land, this new 18 hole private course (designed by John McGregor) would be ready for membership in 1926 and would become course #1, St. Andrews, in future years. 1929 would see the completion of the #2 course (Lakewood/Jemsek) which was designed by E. B. Dearie, Jr.

Now while all of this was going on in West Chicago, a young kid from Argo, named Joe Jemsek, started hitching rides to Lemont so he could caddy at a new course called Cog Hill (which was built by the Coghill brothers). At sixteen, Joe decided to try and make a go at being a professional golfer by entering tournaments and even trying the winter tour. Unfortunately each spring he found that he had gained no more than he had started with. With that realization, he started concentrating on the business side of golf. Working side by side with Marty Coghill, Joe began to learn about every aspect of running a fine tuned golf course. From maintenance crews to tournaments to bookkeeping and merchandising, Joe tried to cram in as much golf knowledge as one could cram into a dawn to dark workday. Eventually these experiences allowed him to become head pro and to take over ownership of the Cog Hill pro shop.

Now back to West Chicago. Remember, St. Andrews started out as a private club. It did not do well only having 18 holes and so it was sold. The new owners, recognizing the problem, soon added the second 18 holes. But then, in 1932,financial problems caused by the depression caused it to be taken over by one of the original investors, Frank Hough. Unfortunately, Mr. Hough died a few years later, leaving St. Andrews and the neighboring Lakewood Housing Subdivision to his two daughters, Grace and Alice. The two sisters and Alice’s husband, Phil Flanagan, tried to run St. Andrews but it was too much, both physically and financially (They had to take out a loan to keep the course afloat.). It was at this point that Mr. Flanagan was referred to Joe Jemsek. He called Joe in for an interview and offered him the job of Head Professional and Club Manager. Joe decided to make a change and take the job. So in 1938, Mr. Flanagan hired the young Jemsek to be the pro/manager at St. Andrews.

As Joe began to familiarize himself with St. Andrews, he also began to notice one of the other owners, Grace Hough. Family history states that there was a dance coming up and as Joe loved to dance, he asked Grace to go with him. A little known fact about Joe is that not only did he love to dance, he excelled at it. So much so that he had won many a dance competition. And wouldn’t you know? Grace had actually trained as a dancer, including ballet. They obviously found chemistry off the dance floor as well as on the dance floor because they were married a year later, in 1939.

At this point, the two sisters decided to split up the inherited property with the Lakewood Subdivision going to Alice and St. Andrews going to Grace. The only problem was that St. Andrews had a debt. Luckily in February of 1940, with $23,000 in the bank, Joe and his wife were able to get a 2nd loan for $50,000 so they could wipe out her family’s 1st loan and claim full ownership of St. Andrews. The Jemsek legacy had now begun.

As the new owner of St. Andrews, the public course, Joe quickly realized that they did not have enough business to fill one golf course let alone two. He first closed one of the courses until they had enough golfers to open both. He then went out to the local communities and began to cultivate an interest in golf by giving free lessons and starting golf leagues. At the same time, he began his life long policy of pouring the profits right back into the course. This paid off in regular golfers as well as national acclaim as one of the finest daily fee courses in the country. The proof of this being that in 1947, St. Andrews was chosen as the first public course to ever host a U.S. Open Qualifying Round. His success also led to opportunities for his family. His parents and siblings were able to come and help at the course, while his wife, Grace, was able to return to teaching. (She had given up her favorite job to help with the course.)

Not only did Joe believe in pouring back the profits, but he also believed strongly in advertising and promotion. In 1949, Joe originated golf on TV with Pars, Birdies, and Eagles. This thirty minute, weekly show of instruction and rules was regularly staffed by leading tour pros and amateurs and ran for fourteen years. In 1951, Golf World stated that he budgeted $15,000 for advertising and payrolled no less than three touring pros. In April, 1951 two of his tour pros (Henry Ransom & E. J. Harrison) were listed on all three PGA Tour leading lists (Leading Money Winners, Vardon Trophy Leaders, and Ryder Cup Leaders), all with St. Andrews, Ill. behind their names. 1951 had a perfect finish when Joe was able to purchase Cog Hill, where his golf career had begun as a caddy. Then in the early 60’s, he was one of the first people involved in televising golf matches with the TV show, All Star Golf.

Over the years, Joe realized many of his achievements and dreams. By 1985, Joe Jemsek and his family owned or leased five different golf courses in the Chicagoland area. In 1987 & 1991 he was the “Illinois PGA Golf Professional of the Year”. He was cited as one of the “100 Heroes of Golf” by Golf Magazine in 1988. 1991 saw the realization of his life long dream of hosting a PGA Tour Event. Cog Hill was named the new home of the Western Open, one of the oldest Tournaments in the country (now the BMW Championship). Also in 1991, he was named “One of the Most Powerful People in Golf” by Golf Digest Magazine and he was named, national “Golf Professional of the Year” by the PGA of America.

Currently, the Jemsek Families own or lease four golf courses, three in the Chicagoland area:
– St. Andrews G. & C.C., owned by Marianne (Jemsek) Hinckley and family
– Cog Hill G. & C.C., and Pine Meadow G.C., owned by Frank Jemsek and family
And one in the Atlanta area:
– Summer Grove, owned by Frank Jemsek and family
To this day, all of Joe’s courses are distinctly known for their excellence in customer service, for carrying on the Joe Jemsek philosophies of excellence in golf and banquets. Specifically in 2017, St. Andrews was voted “Best Wedding Reception Venue” and “Best Golf Course (Public)” by Daily Herald Readers.

MAKE IT A NIGHT

Don’t see your business listed here?Email us to add it! 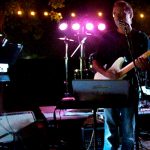 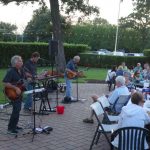 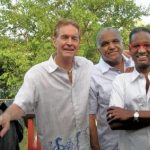