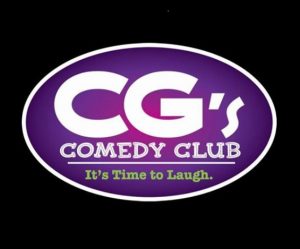 Launched in the summer of 2019, CG’s Comedy Club is drawing nationally touring talent to its home inside The Promenade Bolingbrook.

Owner Glen Martino of Naperville, a veteran comedian in his own right, created an environment where patrons did not have to drive far to find high-quality entertainment. “Being around comedy, I always wanted to open my own [club],” he said, adding that the Bolingbrook area didn’t have comedy offerings nearby.

The show format is standard to comedy clubs, beginning the night with an emcee or host opening for about 12 to 15 minutes, followed by a feature comedian doing about 25 to 30 minutes of material. It’s capped by the headliner performing between 45 minutes and an hour.

Regular programs are held on Friday and Saturday nights, and Thursdays are reserved for Open Mic Night. Check website for details!

Martino, who coined the catch phrase, “It’s time to laugh,” said of his bookings, “I always tell people you may not know the comedian you’re coming to see, [but you’ll] definitely be bringing people back. I’m bringing the best comics you’ve never heard of.”