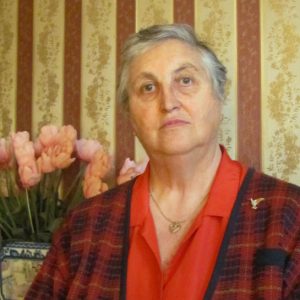 Natalia Toreeva was born in Leningrad (USSR), now St. Petersburg, Russia, where she belonged to the “School of Sidlin” art group, a Russian Nonconformist movement in 1970s-1980s. She has MA in Art, and worked as Costume Designer on “Lenfilm” film studio. She emigrated to US in 1977. In USA she received MS (Master in Computer Science) and worked as software engineer and System Analyst at IT companies. Having 2 master’s degrees, she used this combined knowledge of the art and technology in some of her projects, as the computer graphics and mixed media, that mostly used for the Posters, Banners, literary journals, magazines, and computer graphics artwork. In her paintings, mostly portraits, she continue to follow tradition of the “School of Sidlin”. Her graphic works are mostly simple methods of drawings by pen and ink. In her illustrations, especially for the children’s book, she used watercolor with the purity and brightness of the colors, and mixed media. In the US, she has illustrated many books, and she authored several books for children, including four children’s books that she wrote and illustrated.