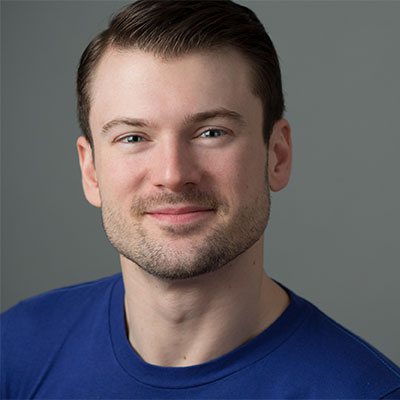 Freshman year of college, after 7 years of being a musician, I decided that sitting on stage as a trumpet player, glued to a chair just wasn’t enough for me. That year at 18 years old, I started dancing.

Finishing off my freshman year of college as an instrumental and vocal music education major, I switched to a dance major my sophomore year for a grueling 3 years of transforming myself from a performer who merely sits to one that moves across the stage.

I’ve since danced for Tony-Award winning Broadway director and choreographer, Rob Ashford (Thoroughly Modern Millie, ‘How to Succeed…’with Daniel Radcliffe) in his production of Carousel where I made my acting debut as Enoch Snow Jr., and have also appeared as a guest artist performing principal roles in The Nutcracker, the corps in Balanchine’s Square Dance, music videos and industrials from Miami to Las Vegas.