Aurora has a rich history as a center for entertainment. At the turn of the 20th Century, vaudeville and silent films could be seen in many local venues, including Dreamland, The Majestic, The Strand (formerly the Grand Opera House) and The B.

In 1915, J.J. Rubens and other far-seeing theatre owners formed the Aurora Theater Company—a power group that guided Aurora’s moving picture business. New theatres were needed to accommodate the movies’ transition to “talkies.” Rubens, on a trip

Aurora has a rich history as a center for entertainment. At the turn of the 20th Century, vaudeville and silent films could be seen in many local venues, including Dreamland, The Majestic, The Strand (formerly the Grand Opera House) and The B.

In 1915, J.J. Rubens and other far-seeing theatre owners formed the Aurora Theater Company—a power group that guided Aurora’s moving picture business. New theatres were needed to accommodate the movies’ transition to “talkies.” Rubens, on a trip to Italy, began envisioning plans for a new theatre with a Venice theme—The Venetian. He called upon C.W. and George L. Rapp, nationally known architects of movie theatres, to be the designers. Combining Rubens’ Venetian theme with the fashionable Art Deco influence of the 1920s and early 1930s, Rapp & Rapp designed a breathtaking palace…what David Naylor referred to in American Picture Palaces – The Architecture of Fantasy as “their best Art Deco theatre.”

In 1930 however, prior to construction, Aurora Theater Company was sold to the Paramount-Famous-Lasky Corporation. Although it retained the Rapp & Rapp design, the theatre was renamed The Paramount, rather than The Venetian. The $1 million dollar building opened on September 3, 1931, to wonder, excitement, glamour, laughter and music. An organist was flown in to play the Wurlitzer, local dignitaries attended the opening, and telegrams arrived from Paramount Studios stars such as Claudette Colbert, Sylvia Sydney, and Janet Gaynor.

In addition to the movies, The Paramount also offered vaudeville, concerts, sing-a-longs and circus performances…all inside Illinois’ first air-conditioned building outside of Chicago. Acoustics and sight lines had been so well designed that there was not one bad seat in the house. The luxurious theatre gave its patrons a brief respite from the troubles of the Great Depression.

THE DECLINE
After 40 years of serving Aurora and the surrounding communities, age began to take its toll. Dirt and grime covered the walls, and beautiful murals, upholstery and curtains had become tattered and torn. In 1965, the Aurora Civic Center Authority and the Aurora Redevelopment Commission (ACCA/ARC) were established, heralding the beginning of downtown redevelopment in Aurora, and in 1973 the state of Illinois established the Civic Center Support Program as a means of funding designated cities towards the revitalization of their downtown areas. ACCA/ARC applied for and received funds of $15 million – $4.5 million from general revenue bonds issued by the city, and $10.5 million from state race track revenue.

The Paramount was open continuously until 1976 when ACCA purchased it from the Plitt Corporation. Plans for restoration began immediately and the firm of D’Escoto and Associates was hired as construction manager. Conrad Schmitt Studios were commissioned to restore the interior decor to its former grandeur. Working from black-and-white photographs dating back to 1931, obtained from the Theatrical History Society, Schmitt artisans and craftsmen gutted the interior and began restoration.
THE RESTORATION
The eight hand-painted murals were in such poor shape that they had to be replaced. Each mural was traced and repainted on flame retardant, silk-like fabric and returned to its original position. The warm burgundy, coral, and peach colors of the panels were used as the primary color scheme for the renovations, including the reupholstered original seats. Old veneer and wallpaper were removed and replaced; broken plaster areas were repaired and repainted. The fluted columns that separate the murals were made from plaster, as were most of the surfaces under the decorative work, and were originally clad in German gold leaf. This covering, too expensive to duplicate, was replaced with foil that approximated the original look.

The artwork decorating the ceiling was restored using old photographs as references, and by creating stencils traced from art that was undamaged. A mere 20 percent of the ceiling needed repainting, the other 80 percent needed only cleaning and retouching. Fortunately, most of the Paramount’s interior just needed touching up rather than replacing.

PARAMOUNT TODAY
Today, the 1,888-seat Paramount Theatre remains nationally renowned for the quality and caliber of its presentations, historic beauty and superb acoustics. More than 36,000 subscribers from throughout the city and suburbs enjoy Paramount’s Broadway-quality productions at highly affordable prices, making the Paramount the second largest subscription house in the nation. After only three years of eligibility, Paramount’s Broadway Series remains undefeated for top honor “Best Large Musical.” In addition to its Broadway series, Paramount continues to present an eclectic array of internationally known comedians, music stars, dance events and family shows, and on most Mondays, screens a classic movie for just $1.

The Paramount is one of three live performance venues programmed and managed by the Aurora Civic Center Authority (ACCA), which also oversees the Paramount’s “sister” stage, the intimate 173-seat Copley Theatre located across the street from the Paramount at 8 E. Galena Blvd., as well as RiverEdge Park, downtown Aurora’s summer outdoor concert venue at 360 N. Broadway. Rater and his team also are preparing to open the new Paramount School of the Arts in the John C. Dunham Aurora Arts Center, currently under construction adjacent to the Paramount. Registration opens in the fall for a full roster of classes, private lessons and camps in acting, music and dance to launch in early 2019. Courses for children as young as six months will be offered with opportunities for adults and seniors, as well. Paramount’s new school will encourage and train young actors, dancers and musicians for a culture-filled life, nurture the arts in Chicago’s western suburbs and add to the excitement, cultural and economic activity in downtown Aurora.

The Paramount Theatre continues to expand its artistic and institutional boundaries under the guidance of President and CEO Tim Rater, Artistic Director Jim Corti, a dedicated Board of Trustees and a devoted staff of live theater and music professionals.

MISSION STATEMENT
The Aurora Civic Center Authority is committed to being a defining catalyst for personal and community transformation by: making the performing arts accessible for every age and socio-economic background, introducing the magic of live theatre across generations to encourage expansive imaginations and broad views of people and the world, and contributing to the future stability and growth of Aurora’s downtown. 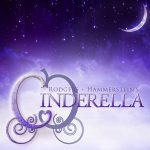 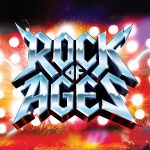 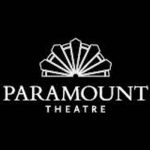 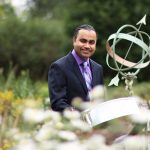 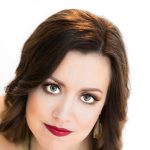 BUY TICKETS SAVE
Click to bookmark this listing
SHOW MORE 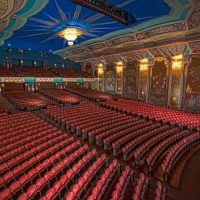