When Movies Were Silent: Teens Compete in the Student Silent Film Festival

The Student Silent Film Festival (SSFF) is a film competition in which students from eleven high schools created original motion pictures. Unlike other film competitions, however, the movies submitted will tell their stories in visual terms without the aid of voices or sound effects.

“This festival is a celebration of the art of silent cinema as well as a unique educational opportunity for contemporary young moviemakers,” said Ed Newmann of Hinsdale, one of three founders of the event.

The Student Silent Film Festival (SSFF) is a film competition in which students from eleven high schools created original motion pictures. Unlike other film competitions, however, the movies submitted will tell their stories in visual terms without the aid of voices or sound effects.

“This festival is a celebration of the art of silent cinema as well as a unique educational opportunity for contemporary young moviemakers,” said Ed Newmann of Hinsdale, one of three founders of the event. “It’s a way for young people to discover and appreciate the techniques and accomplishments of pioneering motion picture artists at the dawn of the moviemaking era.”

All submitted movies will be shown at the Student Silent Film Festival with live musical accompaniment by Derek Berg who is a professional pianist and CEO of the Clarendon Hills Music Academy. The musical scores will be performed on the SilentFilmtronic 2000, a uniquely designed keyboard rig that employs virtual instruments sampled from classic synthesizers circa 1950 – 1980. Berg’s original compositions will be inspired by the soundtracks from the Network series “Stranger Things.”

The Silent Movie is an art form unto itself. The ability to tell a story in purely visual terms, without the aid of a synchronized soundtrack, is a special skill with its own set of challenges and opportunities.

Beginning in the mid-1910s, small suburban theatres employed a piano player, but large city theaters had massive theatre organs that had a wide range of special effects. Theatrical organs such as the famous “Mighty Wurlitzer” could simulate some orchestral sounds along with a number of percussion effects such as bass drums and cymbals and sound effects ranging from train and boat whistles to car horns and birdsong. Some could even simulate pistol shots, ringing phones, the sound of the surf, horses’ hooves, smashing pottery, and thunder and rain.

“We believe it is important for the upcoming young moviemakers of today to understand and appreciate the art of cinema as it existed in the 1920s,” Newmann said. “At a time when almost anyone can create high-definition, stereophonic, sync-sound movies with a mobile device that fits in his or her pocket, many young people have little idea of the challenges faced by early filmmakers.”

Each school was given four weeks to create its silent film entry.

For the festival, a panel of judges — all professionals in the entertainment or art education industries – will select three winners based on the quality of the story narrative, development, camera work, lighting, and editing.

Each participant will be provided with an HD digital file of his or her movie with the accompaniment sound track.

“In addition to being an incomparable experience for all the participating students,” Newmann said, “the winning filmmakers will have powerful pieces of work for their portfolios.”

The public is invited to the film festival. Advance tickets are $18 and can be ordered at https://www.studentsilentfilmfestival.org/. Same day tickets are $25 at the door.

Founders and Coordinators of the Student Silent Film Festival

In 2017, three men met at an event for high school media educators. Ed Newmann, Bill Allan, and Derek Berg had many common interests which led to friendships. They agreed that film students would benefit from learning about and creating silent films. The inaugural Student Silent Film Festival took place that same year.

Ed Newmann is a well-known animator and entrepreneur. His professional career began in 1974, when he freelanced at several animation studios in Hollywood. He has been an animator for “Pete’s Dragon,” “The Lord of the Rings,” “Bon Voyage, Charlie Brown,” several Charlie Brown TV specials, and many more. Ed and his wife Monica Kendall founded and incorporated Calabash Animation in 1985. He has animated and directed TV shows, animated shorts, features, and hundreds of television commercials garnering several awards at film festivals, two Clio Awards and a Golden Marble Award. He had the honor of attending the Academy Awards for Calabash’s first in-house animated short, “Stubble Trouble,” which was nominated for an Oscar for Best Animated Short. He taught college-level animation classes at Columbia College in Chicago. He lives in Hinsdale.

Bill has been creating videos since he was ten years old, and his interest has never waned. He received a bachelor’s degree in Fine Arts in Photo, Film, and Electronic Media from the University of Illinois Chicago. He worked in the commercial film industry, later transitioning to television with Comcast. Bill went back to school for his teaching certificate and became the teacher and station manager at Lyons Township High School television. Over the years, he has made LT’s TV into one of the leading high school media programs in the Midwest. Bill continues to work on personal and freelance projects, and he maintains his connections with colleagues and former students in the creative industry. Bill lives in La Grange. 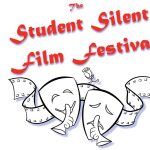 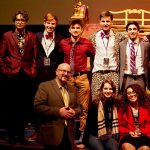 Downtown Downers Grove offers many FREE parking options to accommodate our customers. On-street parking at different hourly increments (15 min - 4 hr). Parking garage has free 4-hour parking on the first floor. All levels of the parking garage are free after 3 p.m. Monday - Friday & all day on weekends and holidays Commuter lots are free after 11 a.m. on weekdays & all day on weekends.