Join us for the return of our annual Lakeside Summer Series for free outdoor entertainment all summer long! This beautifully designed area includes a performance space looking out over a lush lawn and gorgeous lake. Bring blankets, lawn chair and a picnic and enjoy the variety of performances we have scheduled for you.

Featuring Don Gatlin with the Kenny

Join us for the return of our annual Lakeside Summer Series for free outdoor entertainment all summer long! This beautifully designed area includes a performance space looking out over a lush lawn and gorgeous lake. Bring blankets, lawn chair and a picnic and enjoy the variety of performances we have scheduled for you.

The late Grammy Award-winner Kenny Rogers performed his last concert in Nashville in 2017, but the band that backed him for more than 40 years realized that there is still a tremendous demand for his songs and felt that this show would be a way they could honor him. Rogers was a fan of Gatlin’s voice and asked Gatlin and his band, Savannah Jack, to join him on the road. This led to 66 performances opening for Rogers.  Gatlin and the band will be performing Rogers’ best-loved hits including “The Gambler,” “Lady,” “Islands In The Stream,” “Lucille,” “Coward of the County,” “She Believes In Me” and “Ruby, Don’t Take Your Love To Town” as well as share first-hand stories of being on the road with “The Gambler.”

Ralph’s World is the creation of indie rocker, songwriter, playwright, and children’s book author Ralph Covert. Covert has taken the same high-energy and super-melodic sense that he developed for his touring pop-rock band, The Bad Examples, to kid’s music. Essentially only the lyrics are changed for the ears of the younger set.  “It is possible that Mr. Covert will turn out to be the kid’s music genre’s Elvis Presley, or at the very least its Elvis Costello. He brings a trace of childlike wonder to what he does; and there is a trace of the bad boy in there, too.” (New York Times).

Jazz guitarist Dave Stryker toured with soul jazz legends Brother Jack McDuff and Stanley Turrentine before recording his debut as a leader in 1988. He’s now made more than three dozen albums spotlighting his distinctive and soulful guitar. Since 2014, Stryker has scored three JazzWeek top-five jazz radio hit albums with his 8-Track Band. Featuring vibes and organ along with Stryker’s guitar, this quartet reimagines the pop and R&B hits of the 1970s when 8-track tape players ruled car dashboards. This event is presented in partnership with 90.9 FM WDCB.

By popular demand, The Magic of Motown returns with glittering costume changes, dazzling dance moves, outstanding musicianship and the incredible harmonies made famous by the Temptations, The Four Tops, Stevie Wonder, Marvin Gaye, Earth, Wind, & Fire and more. (This is a tribute show and is no way affiliated with any original artists/estates/management companies or similar shows.) This event is sponsored by Follett.

Artrageous offers something for everyone whether they are a performer at heart or are looking to be entertained. Last seen at the MAC in 2019, this troupe of 12 artists, singers, dancers and musicians creates fascinating visual art pieces on stage while live musicians are performing popular musical styles from pop to country. Each scene or musical number includes audience participation.

As a courtesy to other patrons:

The Lakeside Pavilion is located immediately behind the McAninch Arts Center at College of DuPage. Our address is 425 Fawell Blvd, Glen Ellyn. We recommend parking in either the front parking lot (Fawell A) or the one alongside the PE building (College 1A). 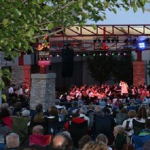 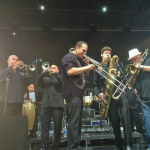 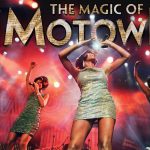 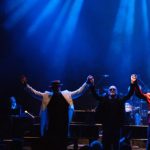 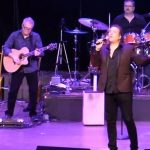 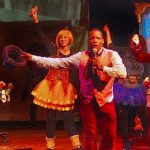 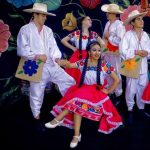 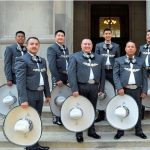 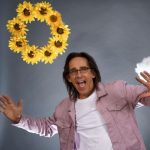 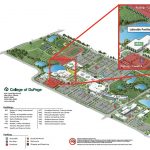 Lakeside Pavilion at College of DuPage 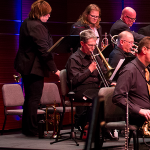 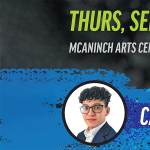 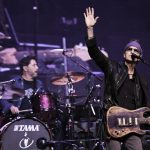 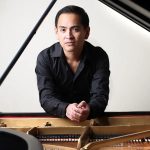 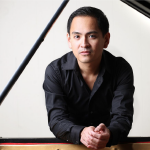