Join Anderson’s Bookshop for an author event and signing line with bestselling authors Brittany Cavallaro and Mackenzi Lee on Saturday, January 21st at 2pm CT at our Naperville store! The next book in Brittany's Muse duology, MANIFEST, and the paperback of Mackenzi's THE NOBLEMAN'S GUIDE TO SCANDAL AND SHIPWRECKS will both be available at this event. Brittany and Mackenzi will have a chat, take audience questions, and then have a signing line.

Join Anderson’s Bookshop for an author event and signing line with bestselling authors Brittany Cavallaro and Mackenzi Lee on Saturday, January 21st at 2pm CT at our Naperville store! The next book in Brittany’s Muse duology, MANIFEST, and the paperback of Mackenzi’s THE NOBLEMAN’S GUIDE TO SCANDAL AND SHIPWRECKS will both be available at this event. Brittany and Mackenzi will have a chat, take audience questions, and then have a signing line.

New York Times bestselling author Brittany Cavallaro delivers the thrilling conclusion to her YA duology set in a reimagined American monarchy about a girl fighting for her own freedom, trying to change the government from within . . . or burn it all down.

For the first time in her life, Claire Emerson isn’t under a man’s control. She’s escaped from her dangerous father, and her fiancé, Governor Remy Duchamp, is too weak to rule. All eyes fall on Claire—and the power she could wield.

But that power is precarious as she and Remy are leading St. Cloud in exile after the General’s attempted coup. And when King Washington descends on the small province, he brings with him his baseball team, Claire’s brother, and a proximity to power Claire has never dreamed of.

With few allies to support her, she determines her best chance at survival is earning the King’s good graces. Claire’s schemes quickly get out of hand, reminding her that it isn’t about who holds the power. It’s about a system that grants such power to a select few, and the men who built it that way. Claire isn’t anyone’s muse, and if she can’t fix the system from within, she’s determined to be the spark of revolution in the First American Kingdom.
About the Author
Brittany Cavallaro is the author of the New York Times bestselling Charlotte Holmes series and the poetry collection Girl-King. She earned her BA in literature from Middlebury College and her MFA in poetry from the University of Wisconsin–Madison. She lives in Michigan. Find her at her website, www.brittanycavallaro.com, or on Twitter @skippingstones.

More About THE NOBLEMAN’S GUIDE TO SCANDAL AND SHIPWRECKS:

Return to the enchanting world of the Montague siblings in the finale to the New York Times bestselling and Stonewall Honor-winning series, featuring a teenage Adrian Montague as he desperately seeks the now adult Monty and Felicity—the older siblings he never knew he had.

Adrian Montague has a bright future. The sole heir to his father’s estate, he is an up and coming political writer and engaged to an activist who challenges and inspires him. But most young Lords aren’t battling the debilitating anxiety Adrian secretly lives with, or the growing fear that it might consume him and all he hopes to accomplish. In the wake of his mother’s unexpected death, Adrian is also concerned people will find out that he has the mental illness she struggled with for years.

When a newly found keepsake of hers—a piece of a broken spyglass—comes into Adrian’s possession, he’s thrust into the past and finds himself face to face with an older brother he never knew he had. Henry “Monty” Montague has been living quietly in London for years, and his sudden appearance sends Adrian on a quest to unravel family secrets that only the spyglass can answer.

In pursuit of answers about the relic, the brothers chart a course to locate their sister Felicity. But as they travel between the pirate courts of Rabat, Portuguese islands, the canals of Amsterdam, and into unknown Artic waters, the Montague siblings are thrown into one final adventure as they face a ghostly legend that threatens their whole family.
About the Author

Mackenzi Lee holds a BA in history and an MFA from Simmons College in writing for children and young adults. Her short fiction and nonfiction have appeared in Atlas Obscura, the Boston Globe, Crixeo, and the Newport Review, among others. Her debut novel, This Monstrous Thing, won the PEN New England–Susan P. Bloom Children’s Book Discovery Award. Her second book, The Gentleman’s Guide to Vice and Virtue, was a New York Times bestseller and an ABA bestseller, earned five starred reviews, was a #1 Indie Next Pick, and received a 2018 Stonewall Book Award Honor and a New England Book Award. She loves Diet Coke, sweater weather, and Star Wars. On a perfect day, she can be found enjoying all three. She currently calls Salt Lake City home.

This event will be held in our Naperville store location (123 West Jefferson Ave), and pre-registration is required as space is limited.  For this event, each ticket admits one adult and one child. 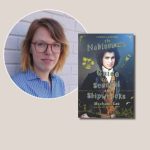 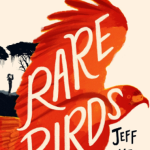 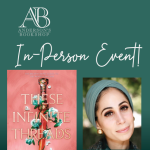 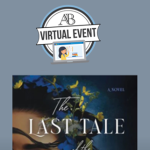