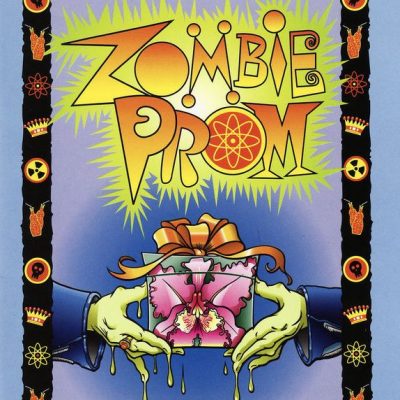 Performances are scheduled for New Year’s Eve, December 31 and January 5-7. Tech week is scheduled for December 27-30. Actors must be available for all tech and show dates. Rehearsals will tentatively take place on Monday- Friday, 2 days a week, after school/school activities.

Actors should prepare 32 bars of an upbeat, 1950’s style song from a musical to be sung acapella. In addition, a 30 second- 1 min monologue. Video submissions will be accepted via email no later than October 18 at 7p. Email video submissions to info@fairladyproductions.net For more information or questions regarding auditions, please email us at info@fairladyproductions.net

ZOMBIE PROM synopsis: This girl loves ghoul rock and roll Off Broadway musical is set in the atomic 1950s at Enrico Fermi High, where the law is laid down by a zany, tyrannical principal. Pretty senior Toffee has fallen for the class bad boy. Family pressure forces her to end the romance, and he charges off on his motorcycle to the nuclear waste dump. He returns glowing and determined to reclaim Toffee’s heart. He still wants to graduate, but most of all he wants to take Toffee to the prom. The principal orders him to drop dead while a scandal reporter seizes on him as the freak du jour. History comes to his rescue while a tuneful selection of original songs in the style of 50s hits keeps the action rocking across the stage.

DELILAH STRICT: Female, 35-50 (Range: Mezzo Soprano Belt, G33-A5)
School Principal; icy and hard on the outside with a heart of gold. Should have good comic timing – think Carol Burnett or Bette Midler.

TOFFEE: Female, HS Senior (Range: Soprano Belt, F3-E5)
Good girl from the right side of the tracks. Hopelessly in love with Jonny. Sweet and funny – think Gidget or Sandra Dee.