Posted by After Hours Film Society ; Posted on
Call for Artists: Filmmakers - DEADLINE : 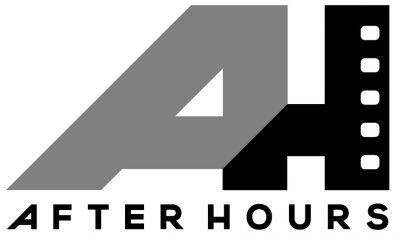 The After Hours Film Society invites all students to participate in “anim8,” our 16th annual student film festival. In order to make this year’s fest exceptionally challenging, we are asking entrants to create an animated or experimental film with a running time of 8 minutes or less for our consideration. All submissions will be judged by film professionals and educators who have a knowledge of and respect for creativity, originality, ambition and determination. Winning entries will be screened and generous cash prizes will be awarded at the After Hours Student Film Festival tentatively scheduled for Monday, October 15, 2018. DEADLINE EXTENDED TO JULY 22. A late entry deadline of August 2, 2018 is available at an increased entry fee.

For application and details go to FilmFreeway.com

The After Hours Film Society will award up to $3,000.00 in cash prizes to students with consideration given to genre and level. Prizes will be awarded at the discretion of our judges. All decisions will be final.

1. Film entrant must be a STUDENT of any age.

2. All films must be submitted in the English language. If produced in languages other than English, they must be subtitled or dubbed.

3. Eligible entries may not exceed 8 minutes in length.

4. Only film Animated or Experimental films will be accepted.

5. Films must have been completed between January 2015 and June 2018 while the filmmaker was a full or part-time student of amateur status. No paid commercial, theatrical or TV releases will be accepted.

7. Winners will be selected by a panel of film educators and professionals.

8. Winners agree to participate in the publicity for the After Hours Film Society as well as other promotional events including the AHFS web site.

9. Best of Show, Awards of Excellence, Awards of Merit and Special Mention winners will be screened at a special After Hours program. The judges have to right to decide to show a portion of a film rather than the entire film if time becomes an issue. In order to preserve the integrity of the film, a winning student may be asked to submit an edited version.

10. The determination of the winners is final.

1. Entry Fees are $10 per submission and are non-refundable.