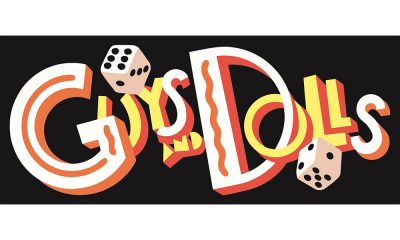 Mark your calendars now and get ready for PVPN’s Summer Production, Guys and Dolls! Guys and Dolls is a musical romantic comedy involving the unlikeliest of Manhattan pairings: a high-rolling gambler and a puritanical missionary, a showgirl dreaming of the straight-and-narrow and a crap game manager who is anything but. It takes us from the bustle of Times Square to the dance clubs of Havana to the sewers of New York City as it demonstrates the great lengths to which a guy will go when he truly falls in love with a “doll.” We will be looking for actors who really light up the stage, have great articulation and projection. We want a variety of ages and body types.

Guys and Dolls features some of Frank Loesser’s most memorable tunes, including the hilarious “Adelaide’s Lament,” the romantic “I’ve Never Been in Love Before,” the exuberant “If I Were a Bell,” and the classic “Luck Be a Lady.” So, be sure to SAVE THE DATES!

Auditions will be held at the Westmont Community Center (75 E. Richmond, Westmont 60559) on Saturday, March 3, 2018 from 5-9pm and Sunday, March 4, 2018 from 1-5pm. Appointments are not required, but are suggested and can be made on our website beginning in January. Performances are during the month of June with rehearsals beginning in March. We look forward to seeing you there!